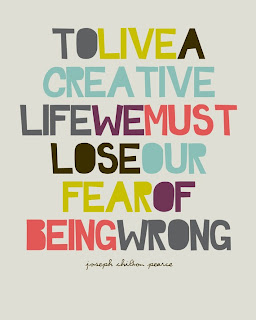 ~especially since being wrong can be so positively pivotal.
your creative soul knows this already.  let it shine.

this year for valentine’s day, i made almost everyone i know a candy heart (via facebook or twitter) that i created an online candy heart generator. i played with people’s hobbies or names or secrets we had between us.

i have a connection, artist Erik Wahl (whom i met on a recent job) who is this amazing artist.  Erik  does something super-cool when he travels. he’ll create a painting and “drop” it somewhere in the city he is in. usually the painting is relevant to that city or a current event.  he calls this an Art Drop. he leaves hints about a painting’s whereabouts on twitter and fb.
you find it – it’s yours.

so Erik’s candy heart from me? HEART DROP. and he tweeted it out to the world! props from Erik Wahl is sweet!

If you live in a city or town with lots of tourists, no doubt you’ve been stopped on the street and asked to take a picture of a group of visitors in front of landmarks or horizons unique to your city.  It happens to me all the time, and I love doing it.

Today, I was walking down to work (so lucky to be able to walk or take the train) to nudge a slow-moving project along.  It’s the late-December holiday week and no one is at work, which means no one is there to bother me :). About halfway between my apartment and work, I had one of those extraordinary put-it-all-into-perspective moments.

Crossing over 1st Street from the Library of Congress toward the Capitol, I saw two kids (teens) admiring the exterior of the building (it IS grand).  One of them was holding a camera and I knew what was coming…in the politest, struggling-to-speak English voice ever: “Please miss, would you take picture?”

So they posed and even though I had trouble getting the boy of the pair to smile, I got a pic, and “one for safety” as we say.  Then, since we were RIGHT THERE, I pointed at the Capitol and asked them if they wanted a pic in front of it, too.  The girl jumped at the chance with a smiling, enthusiastic YES!  The boy had no reaction, but followed her as she grabbed his arm and started a girlie-skip across the street.

I caught up with them on the other side, and asked her where they were from.

I faked a smile back and at once my mind went into dark thought overload: slaughter-genocide-poverty-human-rights-violations-rape-guns and all I could hope for was that these kids were born after the mid ’90’s. I did some quick calculations in my head and was somewhat comforted that they appeared too young to have been alive then.  Even so, Rwanda’s wounds of war are still so raw…I hoped they didn’t experience anything awful, and for some reason, all I could blurt out was:

–Wow, i bet you’re COLD!  (she laughed, probably as relieved as I was that the previous awkward pause in conversation was over)

“Yes, very cold here!”  (ironic that we broke the ice talking about how freezing we were.)

I asked her if she was visiting for the first time, and she said she and her new brother had been here for two weeks.

“No, live here now.  We were living in orphanage in Rwanda.  Live here now.  Adopted.  We live on the street number 9.  Brother and sister.”

[now…if you know anything about me, you KNOW i think adoption is up there with santa claus and dark chocolate and figs and pinot noir…so now my heart is pounding for joy for these two and i am feeling emotional tears threatening a facial deluge]

–9th street!  You’re my neighbors!  Well welcome to America and welcome to the neighborhood!  Do you go to school?  What’s your name? (still sounding like an idiot, but now not caring)

–Are you in school? (now I am a nosy, idiot, too – but I REALLY wanted to KNOW that and a million other things!)

–Thats a great thing to want to be!  A very cool career!

I watched her every move with the seemingly emotionless boy.  She was nudging him to walk in the right direction, motioning for him to zip up his jacket, answering my questions quickly when I shifted my conversational eye contact to him from her.  Was was painfully shy? Autisic? Suffering PTSD from his past?  One thing I could tell for sure…he was lucky to have her: she was the protective mom and the doting big sister all at once and she was beautiful.  I put her camera up to my face and she sat on one of the marble bench-like structures on the east side of the Capitol and patted the place next to her – he took a seat.

–Well, WELCOME AGAIN to the neighborhood!  I am so glad you are here.  (the thought i kept inside: god bless your new parents, I sure wish I knew them so i could hug them)  OK….Smile!

I took the pic and another “for safety” with their camera, and and then I asked the girl if i could take their picture on MY camera and she said “yes” with a smile and she nudged him back down to pose.  They both sat down again.  I took the pic and thanked them and then, from the boy whose name begins with D, FINALLY — the biggest, most awesome smile, eye-contact, and he spoke:  “Thank-you”.

I didn’t notice until I got home later that day, that in the picture I took, Maya had put her left hand on D’s heart.  What a loving gesture.  I told you she was beautiful. Maya and her new brother whose name begins with D from Rwanda.  They live on the street number 9 and I am so glad they are here.